Dateline Mussoorie: A three-day weekend is all it takes for Mussoorie to burst at it seams. With hoteliers boasting of 60-70% bookings in hotels for the Holi weekend, maybe some of you thinking of a quiet get-away, should give it a second-thought!

Courtesy the augmenting of the Payjal Nigam, 35-kilometer stretch of Mussoorie is all dug up. Executive Engineer Sujeet Kumar Vikas informs us, “Sanctioned in January 2020, out of the 112 kms to be covered under the given project 35 kms has been covered for distribution to-date. The work completed includes six out of the twelve reservoirs, three pump houses and more. 59% of the project has been accomplished in the last two years.”

Unable to make the most of the initial pandemic lockdown sighting lack of labourers, the present gang of workers are trying to make up for lost time.  Sujeet Kumar Vikas adds, “Our target it to complete pipe-laying on the Mall road until end of the month. Post which we will relocate to the rising-main area. Before that we will ensure that we have done hydraulic testing, that the roads are restored, and we have made sufficient arrangement for distribution system as well.”

In the meantime, the town deals with broken sewage channels; disrupted water pipes and telephone wires in a tangled mess. “The entire length and breadth of Mussoorie is riddled with potholes, mud-fill and dust. It is an adventure venturing out on foot let alone using your two-four wheelers to get around,” adds a Mussoorie resident.

As it were, the traffic snarls in Mussoorie are legendary, and adding to the new-found chaos is that the town is dug up!

SDM Mussoorie, Naresh Chandra Durgapal tells us, “PayJal Nigam officials have been instructed by the Dehradun District Magistrate to visit the site and submit a compliance report by today.”

And until such time that any concrete action is taken, the Mussoorie Mall remains to have more craters than the moon! 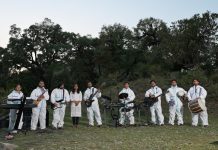