“The Covid-19 pandemic has led to the shutdown of educational institutions and children are staying at home. They should utilize this time in reading which will not only entertain them but also hone their linguistic skills and supplement classroom learning. This initiative is in line with our commitment to offering curated experiences to our readers. It will keep kids engaged while their parents work from home,” said Mr. Rajeev Tamhankar, Founder &CEO, TBS Planet Comics Studio.

The interactive comics enables kids to play games where they can choose to play as a character and shape the adventure according to the choices they make in the story. It is available on accessing the link https://www.tbsplanet.com/en/read and caters to six genres- Action superheroes, Comedy, Horror, Mythology, History, and Moral Stories.
“It is commendable that one of our students has come forward so that the children are engaged during the present lockdown. This initiative will encourage more kids to embrace reading during their leisure hours,” said Prof. Ajit K. Chaturvedi, Director IIT Roorkee. The comics are centered on six superheroes- Ved, Varun, Karma, Yug, Takshak, and Rudra. Ved is a Delhi- based detective who uses his wit and intellect to solve cases. He was brought up by magician Anand. The character is truly Indian and was also among #1 bestseller on Amazon in the Indian comics’ category. Deriving from the Indian mythology, Varun came into existence underwater after Dwarka submerged. The comics portray the adventures of water-based superhuman Varun. Karma is among the most intriguing characters of the comics’ superhero universe. Karma punishes criminal to the extent of crime. Yug is an immortal warrior who has been saved by King of Devpur for a mission of eliminating evil from the planet. Based in antiquity, this superhero indulges in interesting adventures. Takshak is the Snake-man superhero of the TBS Planet Comics universe. He is currently banned from the snake world and is living in Mumbai to explore the pearl of time, also known as “Kaal-Moti”. His story includes many adventures while he tries to comprehend the human world.  Rudra is the son of Vayu and the blessing of Shiva. He is among the most fierce and powerful characters of the TBS Planet Comics Universe. As Veer, he works as a tourist guide in Haridwar.

TBS Planet Comics Studio is supported under the Technology Incubation and Entrepreneurship Development Society (TIEDS) of IIT Roorkee. To promote innovation and entrepreneurship, TIEDS facilitates incubation of new enterprises with innovative technologies by admitting them at its Incubator, TIDES, and rendering physical, technical, financial and networking expertise. 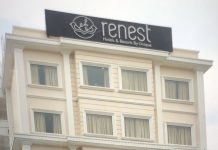