Dehradun, Gati Foundation, a Dehradun based research and policy think-tank, working on the issues of waste management and sustainable urbanization, has released a report on the ongoing Swachh Survekshan. The nationwide cleanliness survey is being organized since 2015 under the aegis of Swachh Bharat Mission by Ministry of Housing and Urban Affairs (MoHUA), Government of India (GoI). The survey began on 4 Jan and will end on 31 Jan, in all the cities/towns of India.

The report discusses the new methodology and marking scheme of 2019 in comparison with earlier versions of the competition. This year’s competition is of total 5000 marks while the earlier competitions have been restricted to a total of 4000 marks. The scoring of the competition is based on three old components viz. service level progress, direct observation, citizen participation and one new component i.e. third party certification based on star ratings and protocol. All these four scoring components are of 1250 marks each.

The Founder Chairperson of Gati Foundation, Anoop Nautiyal said “Citizen Engagement remains a key area of concern as several ULBs are lagging behind in terms of encouraging public to participate in this nationwide competition aimed at promoting cleanliness and citizen participation.”

Commenting on the star ratings for the cities, Nautiyal welcomed the start of the new component and said that this will propel ULBS to take sustainable measures to improve their sanitation and waste practices. He added that cities will need to invest in resources and engage with citizens deeply if the ULBS in Uttarakhand were to aim for higher ratings in the future.

“There is a lot of scope for improvement for ULBs in this entire exercise. The ULBs in Uttarakhand can learn a lot from ULBs of different cities in India. In depth study and understanding of the competition can bring positive results both for the city leadership and citizens of Uttarakhand” said Rishabh Shrivastava, Policy Analyst with Gati Foundation.

The study also revealed that large numbers of citizens in many ULBS are not aware of Swachhata Mobile Application which was launched by MoHUA for promoting the objectives of the competition. As per the data available on the Swachhata City Analytics dashboard, Roorkee is once again leading the state with 208 marks.  However, there remains a number of ULBs who have still not initiated the awareness drives with respect to downloading of Swachhata Mobile App, which can reflect in the final markings of the cities. Also, efforts to perform better in the competition must be pursued by the concerned ULB throughout the year, instead of activating the city leadership and administrative staff before few months of the competition, recommended the study. 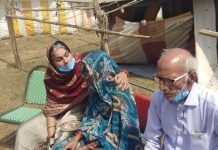